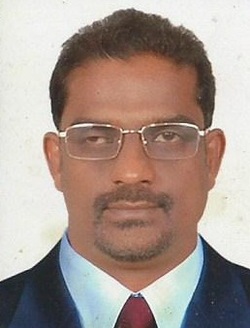 Francis Albert hails from Eravipuram parish, Kollam diocese. He studied in St. John's High School, Eravipuram till his 7th standard and his high school in CFHS at Kottiyam. He did his PG from the Kamaraj University in Madurai. He had his Philosophy and Theology course  with capuchin for 3 years.He joined in Secular Franciscan Order in the month of May 1984. He served the Order in the local fraternity of Vazhayila and Cheriyathura parishes as the Vice Minister, in the Archdiocese of Trivandrum. He was the vice Minister in the regional level, Formator in the province level (St.Francis Assisi province Kerala) and elected as  the National Formator in the year 2007for 3 years  from 2007-2010. He was elected as National Minister & International councilor in the year 2010 in the national chapter at Karukutty and completed his term in 2013 may but the Presidency ex tented his term for 6 more months and in the 13th national elective chapter 2013 October he was re elected again as the National Minister and Inter National Councilor. He attended the training programs conducted by Franciscan International in Bangalore in the year 2007, and in BKK in the year 2009 and obtained training certificates of UNHRS in which he was the only India SFO member who obtained this valuable certificate. He is a parish councilor in his parish and Forane  council Treasurer, Trivandrum archdiocese pastoral council member and he was elected by the arch bishop of Trivandrum to represent the Archdiocese to the Catholic council of India from the lay persons side. He is alos helping in the Retreat Center of the Trivandrum Archdioces called Arugraga Bhaan. He is business man, all the business are in the name of Assisi, namely  Assisi Builders, Assisi Exporters, Assisi Educational consultancy,Assisi Tour & Travels etc. He is also a government PWD Contractor in the state of Kerala. He has received many awards  from different field  they are, Mother Theresa Puraskaram award  by the Hon. Minister Sri. N.K.. Munnier, The Gandhi award from Sumsum association by Sri. A. K. Antony the then Chief Minister of Kerala, The Murasheli memorial award from Tamil Nadu by Sri. Dr.Shashi tharoor the Central Minister, The Manushasnehi ( Lover of Human being) award from Trivandrum Corporation by then the minister N.Shakthan. The Pravasi Bharathiya Udoga pard award by Sri Sebastian Poul then the MP,etc. He visited Sri Lanka and had given formation classes for SFO members many times. He is also  member in many associations, societies and cultural centers in Kerala and in the National level too. He was the vice president of his parish Assumption Church Cheriyatura for two terms. He formed many Franciscan youth in many places and even friends of Assisi group with other religions, youth who love St. Francis.He is also a member of Lions club inter National and holded the high posisitions , like Club president, Director, MCC,District chairpersons for many years,Zone chair person, Region Chair person , additional cabinet secretary etc.. He is happily married to Nirmala MA Bed, a High School Teacher and they are  blessed with two sons who are studying, Finold Francis  a MBBS  student in Poltova and Febin Francis in an Engineering student at St.Thomas College. He is also a politician in a national party, in it in  Trivandrum serving as DCCM. He is settled in Trivandrum for the last twenty two years. He had attended the General Chapter in Brazil 2011, OFS 4th Asia Oceania congress in Korea2013. He has visited Russia in two times, Dubai 6 times, Malaysia 8 times, Singapore 12 times, Sri Lanka 8 times, Thailand 8 times, Moscow, St. Petersburg, Portugal, Brazil,South Korea , China, Japan, Portugal,Italy,Germany,Hong Kong, etc... 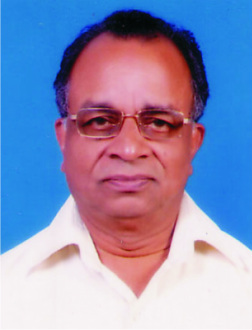 He was born on 1st July 1943 to Veronica and Louis Fernandez in Quilon, Kerala. He was christened John Pacelli. John after St. John the Baptist and Pacelli after Cardinal Pacelli the real name of Pope Pius XII. When he was 14 he joined the St. Raphael's Seminary, Quilon. He was introduced to the Franciscan way of life at that tender age of 14. He later opted to join the Archdiocese of Agra and was ordained on the 23rd of November 1969 and took charge as the Parish Priest of the Cathedral. He spread the message of St. Francis among the youth of his parishes. He was elected as the National Minister in 2004 and went on to serve two terms. He was very passionate about the Order and wanted it to spread far and wide. He tried to visit as many fraternities as possible. He was looking forward to opening new fraternities in North India, because that is where his heart belonged. He was in constant touch with many Bishops and Priests who were his companions and classmates in the seminary. He refused to stand for a third term and instead was elected to be the National Formator. On the International level he was in the Board of Directors of the Franciscan International, which is a part of the United Nations. It took him for meetings in the HQ of the UN in New York and Geneva constantly. He also represented the International Minister and went to Malayasia to conduct elections. He was also the representative of LACIM in India, a leading ONG in France working all over the globe. He was also the Director of FIST an ONG working for the upliftment of the poorest of he poor in India. He was an active member of his parish (St. Stephen's Church, Thope) too, taking cathecism, in various committes of the parish etc. He was very gratefull to Rev. Fr. Paulson SDB and Rev. Fr. Thomas SDB for giving him an opportunity to serve the parish. He was the Quilon Diocese coordinator for BCC. He was taking marriage preparation classes in the Family Apostalate. He was a family councellor in the St. Joseph's Councelling Center, Quilon. He was also studing for Msc. Councelling Psychology. He was operated on the 22nd of June 2012 for a Brain Tumor. He was diagnosed with Brain Cancer. He told everyone when he was in the ICU that when he will die Mother Mary will come and take him away with the Angels. He knew his days were numbered and so instructed people the way his funeral had to be done. He said that he was a Franciscan and that he had taken the vow of poverty and so no kind of pomp or show need to be done when he was dead just a simple Mass. Mother Mary was his mother and Jesus was his best friend. He said that whoever prayers with repentance at his grave he will definately take them to heaven. His last words were, "thank you for loving me".He died on the 15th of August 2012 at 09:15 PM, the feast of Our Lady. Just as he had said his Mother came for him and took him away. 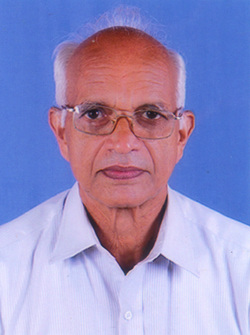 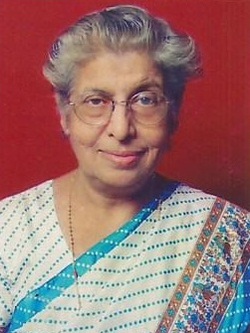 Miss Judith Mary Rita Mascarenhas, was born on the 22nd of December 1931. She joind the SFO at the age of 28 by conviction after reading the life of St. Francis of Assisi. She was a member of the Fraternity of St. Anne's Capuchin Friary Kodialbail, Mangalore, Karnataka. She was the Treasurer, Secretary and President in succession. She was elected as the National President for a term of 3 years. 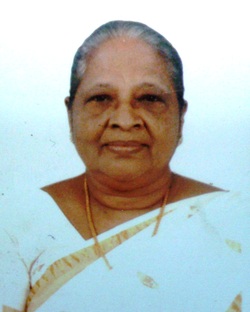 She is a Leading Advocate, born in Trivandrum, Pulluvila parish and married to late Sri wilfred Sebastian, and at present She is the member of Cheriyathura Parish, In trivandrum Arch diocese. She is very active in the services of the Diocese.Many years she served the cheriyathura parish in the parish council.She was elected as the National President in the year 1986 and she also was the International councilor. She is having two sons and one daughter, all are settled well. 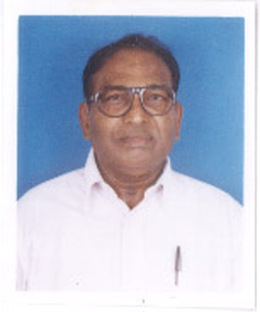